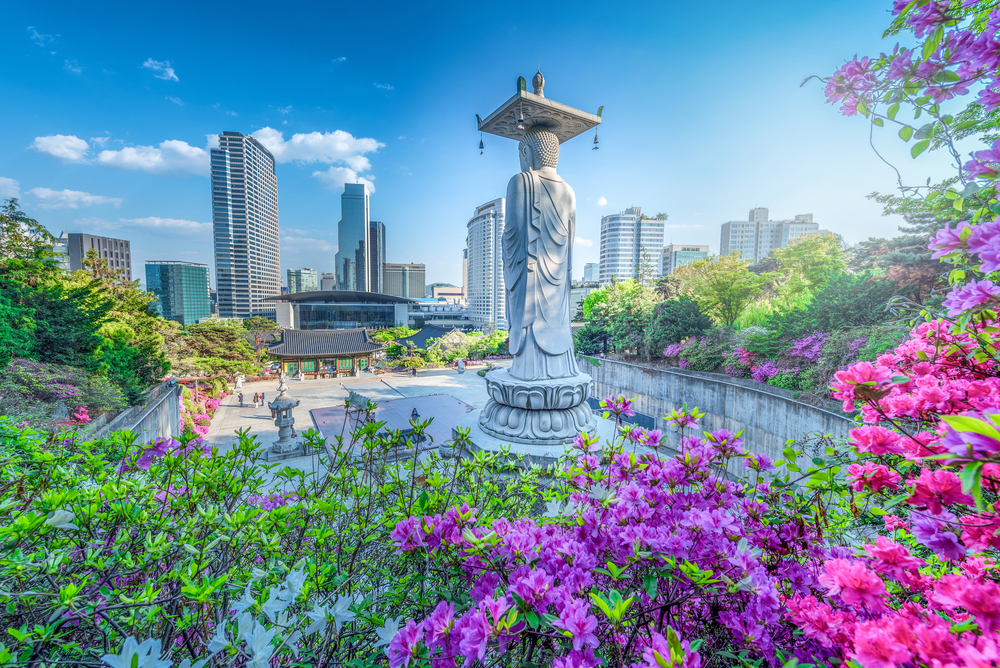 In the early 1970s during one of the first North-South Korean talks, Lee Beom-Seok, South Korea’s high ranking official (later Foreign Minister) was driving from the border point of Panmunjom with the North Korean officials. North Koreans were quite stunned when their car first drove into Seoul. Gone were the bombed buildings and neighborhoods, and instead a bustling city full of construction sites and speeding automobiles unfolded in front of their eyes. All they knew was from their state-managed channel that still projected images of beggars and prostitutes in the streets of Seoul. After a few minutes, the head of the North Korean delegation chuckled with satisfaction. He noticed the newly planted flowers on the sides of the roads. “We are not stupid, you know”, He said. “We can see you brought all the cars of the country into Seoul to show off in front of us”.

“Well, you got us there”, Lee replied. “But that was the easy part. The hard bit was moving in all the buildings”.

The North Koreans bewilderment is understandable. After all, the South was by all standards a failed state after the Korean war (1950-53). GDP per capita in South Korea in early 1960’s was below $100. Lower than Haiti, Ethiopia or Yemen, making South Korea one of the poorest countries in the world. Infrastructure built during the Japanese occupation (1910-1945) was destroyed during the war. All of Korea’s natural resources remained in the North, as well as its industrial facilities. The first years of independence, under the presidency of Rhee Syng-man, brought no economic development and kept South Korea afloat only due to foreign aid.

The outlook for growth for South Korea in the 1960s by all international observers was very poor. Net Korean savings as a percentage of GDP were close to zero, corruption was rampant, and the multiple exchange rate system chaotic. World Bank’s report in the early 1960’s sights “Korea’s prospect for development is anything but bright”.

How did than South Korea, a small (by East Asian standards), impoverished, corrupt country with no natural resources turn into one of the Asian Tigers so quickly? Today, South Korean GDP per capita (PPP) is above $40,000, outpacing New Zealand and many EU countries (including Italy and Spain) and has the second-highest Human Development Index[1]score in Asia, second only to Japan.

Looking for answers to these questions during my latest visit to the country, I came by a few stories that illustrate this transition vividly. 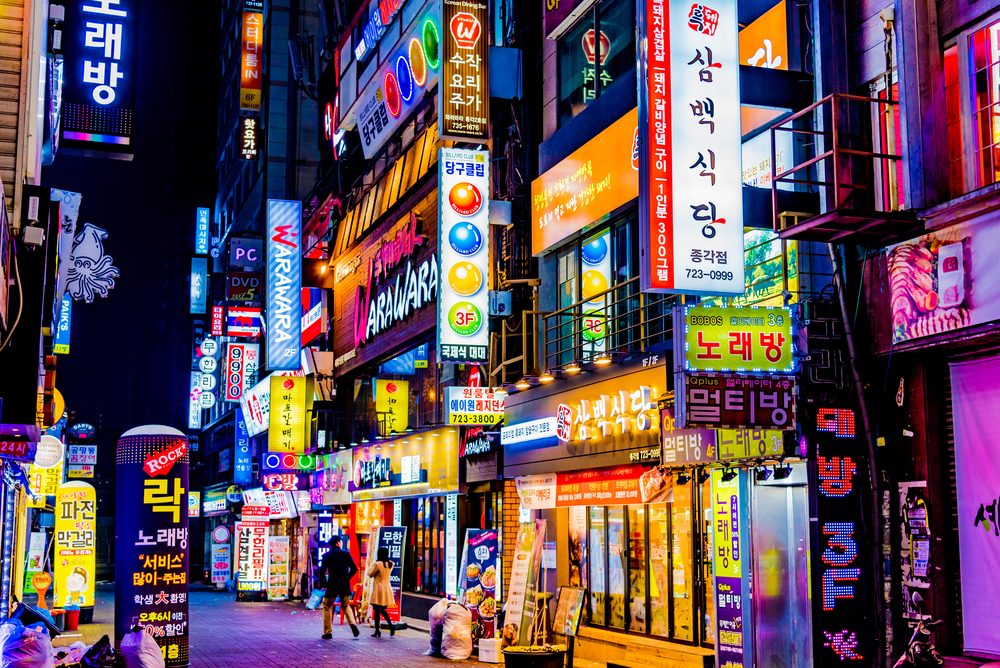 WHEN YOU HAVE NOTHING TO EXPORT

Global Knowledge Exchange and Development Center of Korea is housed in the old headquarters of KDI Public Policy School. When the Policy School together with other government institutions moved to Sejong (South Korea’s new administrative capital city) the building was converted into a knowledge sharing and research facility. Walking through the presentation hall on the first floor, one can see the story of Korea’s economic development unfold. The first exhibit in the export development section will unavoidably catch your eye – It’s about wigs. After the import substitution policy of the 1950s failed, the Korean government, headed by General Park, decided to switch to an export promotion strategy. All was well on paper, but to export goods, a country had to be making something worthwhile to export. And South Korea, battered after the Korean war, had nothing with added value at the time. Thus, came an idea to start exporting wigs made from human hair. Women began selling their long locks, which were then made into wigs at factories near Guro, southwestern Seoul. Korea started exporting wigs in 1964 and by 1970 they accounted for 9.3 percent (or $93.5 million) of the nation’s exports. Wigs quickly became the third-largest export after clothes and plywood and by 1970s one-third of wigs worn by North Americans were made in Korea.

In 2011, professor Ricardo Hausmann along with his colleagues at the Centre for International Development, Harvard Kennedy School designed an atlas of economic complexity that emphasizes accumulation of know-how as the main tool for economic development. But well before professor Hausmann developed the atlas of economic complexity, Koreans understood that they needed to expand beyond wigs and develop new skills in order to become competitive in the global trade. Guro, a district in Seoul, once home to the wig factories, is now home to a digital complex where semiconductors are designed.

WHEN YOU CAN’T READ OR WRITE

The transition from wigs to semiconductors wouldn’t be possible without the right know-how. This knowledge was acquired from assembling and later copying products for Japanese and American manufacturers and in parallel investing heavily in Korea’s own educational sector.

Japan and Korea have a complex relationship, marked by a long period of occupation by the Japanese from 1910 to 1945. In the 1960s, the geographical proximity of the two countries, as well as American influence after the second world war, paved the way for Japanese manufacturers to move labor-intensive textile and electronics assembly to South Korea.

In parallel, South Korea was investing in education. As a result of Japanese colonial policies, in the 1950s only 22% of Koreans were literate and by the end of the Korean war, 80% of the urban population was below the poverty line. There were no schools to provide educational opportunities either. Due to their Confucian culture, Koreans have always valued education, and the post-war government has made primary education one of its main priorities. Laborers in factories would work 10-12-hour days and attend night school to learn how to read and write. By 1970, literacy rate had gone up to 87.6% and the government started investing in secondary and tertiary education.

Driving through a few small villages in the Gyeongsangbuk province, I noticed occasional banners in the main squares. I asked the driver what the banners say. “They are congratulating a student from this village that got into the top university in Seoul,” he said. “We value educational achievements most”.

Investment in education continuous. Share of public expenditure on education increased by 10% between 2005 and 2014, with spending up in the primary, secondary, and tertiary education. There’s a focus on science and technology subjects. South Korea’s share of graduates and new university entrants in engineering, manufacturing, and construction is much higher than the OECD averages.

WHAT CAN WE LEARN FROM SOUTH KOREAN EXPERIENCE?

The question I was asking myself at the end of my visit to Korea was “would this leap be possible if not the almost 18-year rule by General Park?” South Korea was under a series of military dictatorships until 1987 when, as a result of mass uprising and demonstrations, direct presidential elections were held once again.

Do we need long, unobstructed periods of rule for developing countries to pull themselves out of poverty? Is long-termism and country building still possible in the all-engrossing election cycles of democratic governance? Especially, when this governance is still managed by weak institutions.

I’ll take the long road of institution building, with its system of checks and balances on any day. As the chances of the dictator turning out to be Park or Lee Kuan Yew are much too low. And maybe we give too much credit to the leaders, and not enough to the people. A nation of people, that in spite of the challenges they found themselves in (and we haven’t even touched upon the daily threat from North Korea, and the relationship with the “big brothers” – China, Japan, Russia) still managed to pull themselves out of devastation, and later even bypass the middle-income trap.

Apart from the Wigs exhibit at the Global Knowledge Exchange and Development Center of Korea, one image that stayed with me was a picture of a couple donating their wedding rings to the Bank of Korea after the Asian financial crisis of 1997.

After the 1997 Asian financial crisis, in a downward chain of events, Korean financial institutions were unable to repay their foreign debts, foreign investors pulled $18 billion out of the country, Korean Won nose-dived and hundreds of thousands of Koreans lost their jobs. Korean government asked for an IMF bailout and the lender approved a $58 billion bailout package. Koreans, now jobless, and struggling to pay for their own day to day expenses, viewed the bailout package as shameful and united in a “gold-drive” to repay the loan as soon as possible. Companies started collecting personal donations of gold, with each family donating on average 85 grams and by the end of the year, $2.17 billion worth of gold was collected. In August 2001, the campaign repaid $19.5 billion in IMF-backed debt, three years ahead of schedule. To me, it is this unity of its people that is the secret to Korea’s success.

[1]The Human Development Index is a statistic composite index of life expectancy, education, and per capita income indicators, which are used to rank countries into four tiers of human development.
Previous Article

What Georgia Should Consider to Attract Chinese Visitors